On our way to a family Halloween celebration! We dug out Halloween costumes from the past, and the kids wore things from the dress up box. Good times with cheap thrills 😉 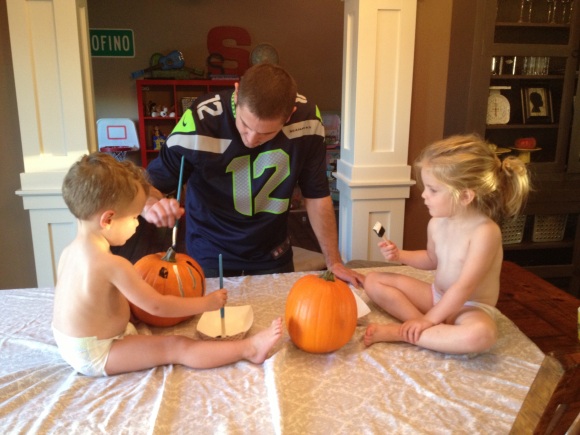 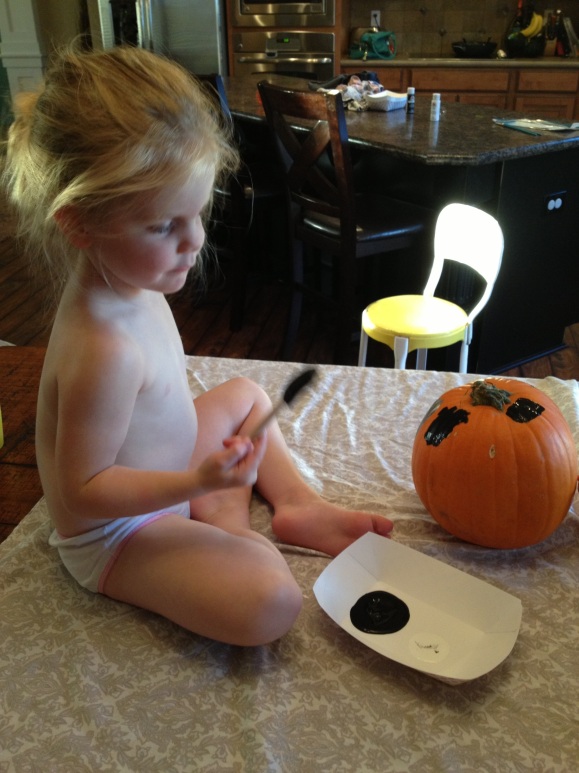 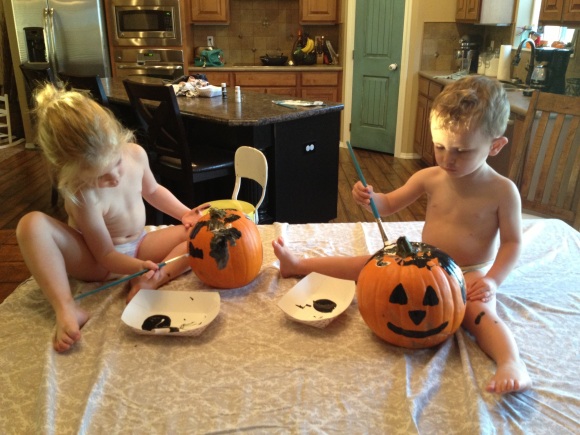 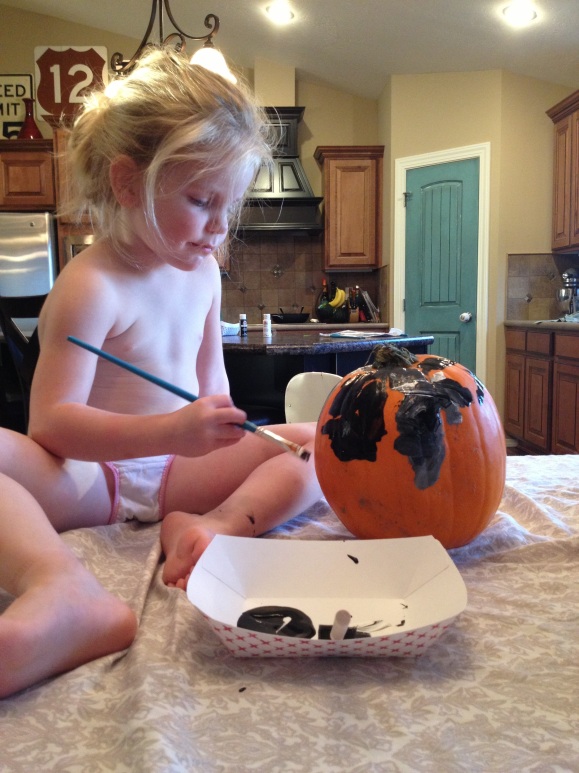 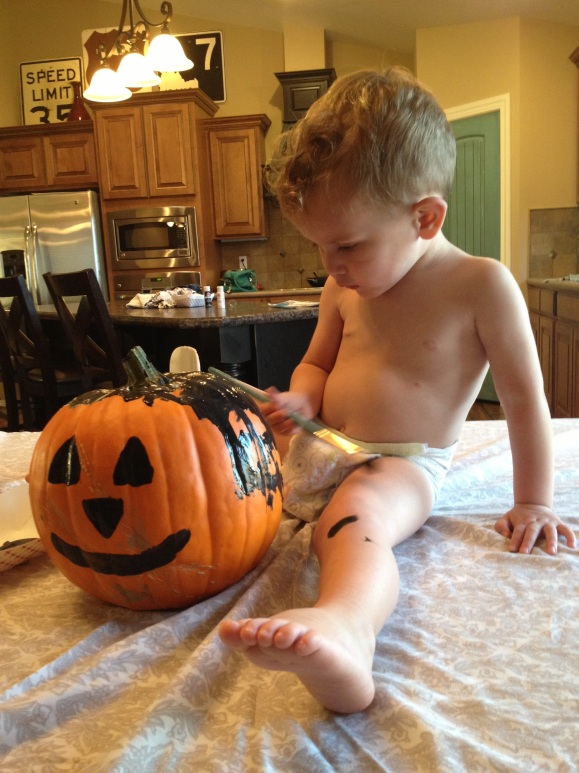 This is our families adoption tee! I think it turned out amazing, thanks to the pros down at Artbeat. This was our first round of printing, so don’t panic if you did not get one this time. We plan to do a second round of printing once we get a referral in order to help out with travel expenses. This week we sent out a basket full of shirts to our friends all over the United States (Washington, Montana, California, New Mexico, Arizona, Indiana, Oklahoma, and Michigan!).

If you received a shirt, please send us a picture for the babies scrapbook. For adopted children it can be confusing and sometimes sad to not have a mental picture of life before their adoption. We hope for his sake that we will have information from his birth family, but sometimes this is not possible. That is why it is so important to us to show him all of the events and thoughts that went into our portion of his life story before we bring him to be a part of our family. Pictures of those who supported us in bringing him home would be so special! 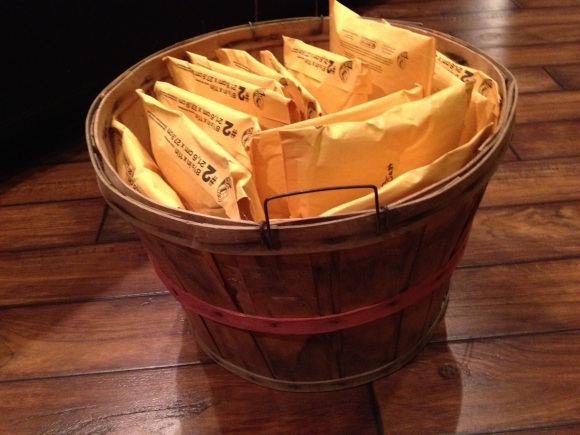 This one is really into cars lately. He adores them. He drives them in the window sills and lovingly will drive one on my legs or over my head. The best race track is the bathtub! I can’t tell you how many cars I have to scoop out of here to take a bath;) 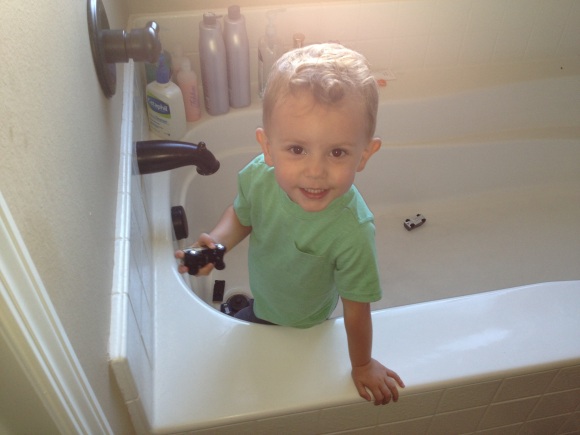 And this one is all about dressing up. She wants to wear a dress everyday! And loves to play in my closet. She walks around in heels, dons my scarfs, and sneaks into my jewelry too;). 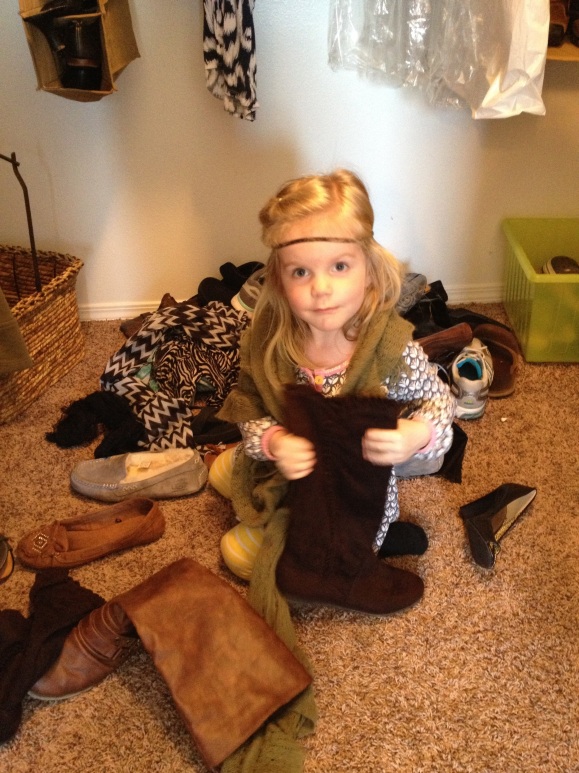 These two are wildly silly!

And full of shenanigans

But when the days is long, the wild things get sleepy……..and still look like my babies;)

Jessica Clark got married last weekend! Growing up, her brother DJ was Chase’s BFF. So the wedding was like a high school reunion;). We got a babysitter for the evening, so it was also an amazing date night;

I think the bride had a blast, we sure did;)

Since all of Chase’s old buddies were in town at the same time, we had a pizza/football get together the next day.

And all “the boys” are men now;). So some of their little ladies came over as well…..two generations of shenanigans in the works here! 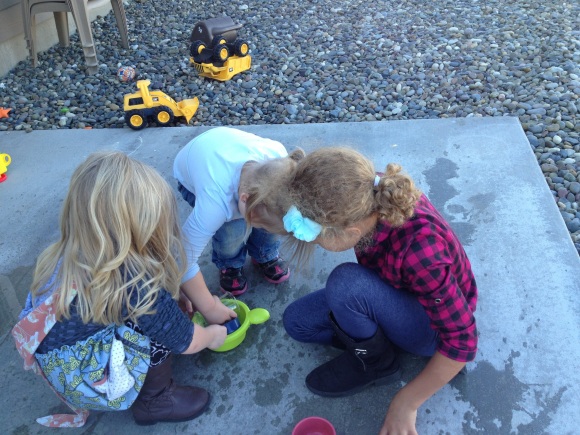 Tonight we were lucky to have our first born show us her “work” at Children’s House;). She was very excited to show us what she has been doing!

She has learned so much in this magical community. In the Montessori environment children learn through discovery. So little miss is able to learn by choosing the materials she would like to work with. Children’s House is just beautiful, every nook and space has been prepared with care by the teachers. I want to “work” and play there. The materials and activities are beautiful. Laken is fiercely independent and this school just feeds her little need for opportunities to do things herself! So tonight she beamed and took on the role of a tour guide when showing us her school and work. She walked through her classroom and said, “Look, I like this work!” Over and over again she demonstrated or pointed out her favorites. She was also just as quick to point out the work that she did not like…..in true Laken fashion;) 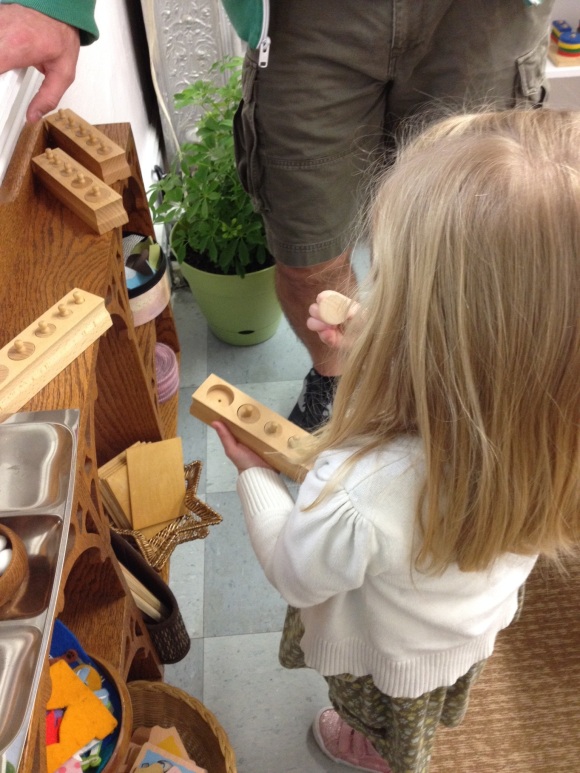 Miss Laken likes practical life……washing hands and making snacks specifically. She also likes the art area and spends a lot of time here coloring and using scissors to cut paper into pieces. She seemed drawn to the magnifying glass and the globes too. I was surprised that she knew “Merica” by site. She also told her classmates about “Opia” {Ethiopia} and her “baby sister.” {wishful thinking}. When it was time to go, she did not want to leave. So we tried to stay as long as possible and give her this special moment to shine. She decided to “read” us a story in the library before we had to leave. This girl can really narrate an elaborately woven tale by looking at the pictures. So much emotion, inflection & sass!

Our church, Crosspoint, held a Ladies Night Out event last night! The whole night was so much fun and the theme was Pinterest. I was terrified when I was asked to present a project to 240 ladies!
I’m a mommy by day, and a blogger/ pinster by night;). Pinster- a pinning gangster. I’m not used to speaking to large groups without the filters of a computer screen, spellcheck, and wearing pajamas. Hence the terror, I was going to essentially be naked! But I was up for a fun challenge:) I chose to show a few DIY pumpkins inspired by Pinterest! Here are the slides from the presentation! 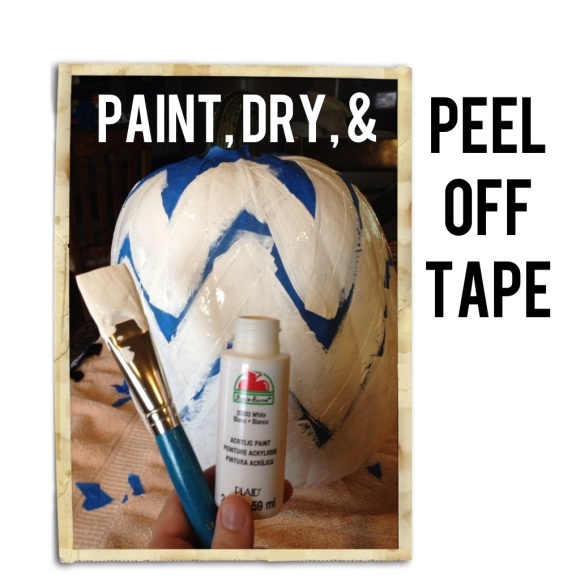 The Polka Dot Pumpkin: (pairs well with the chevron pumpkin) 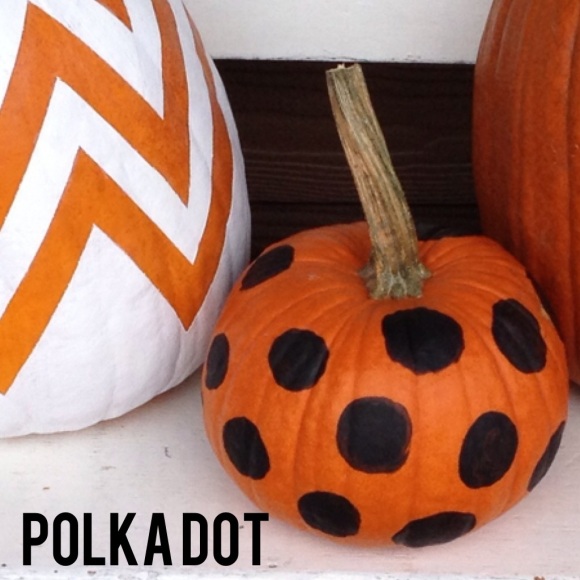 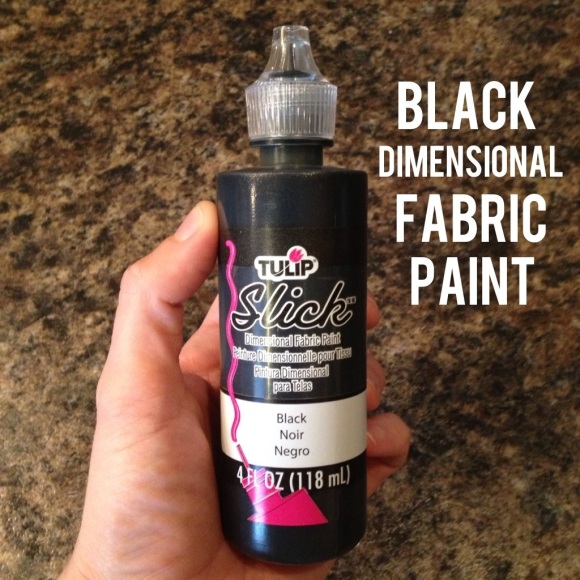 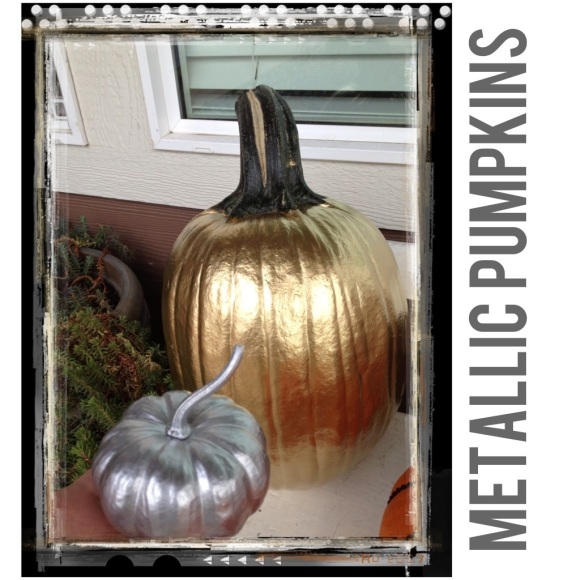 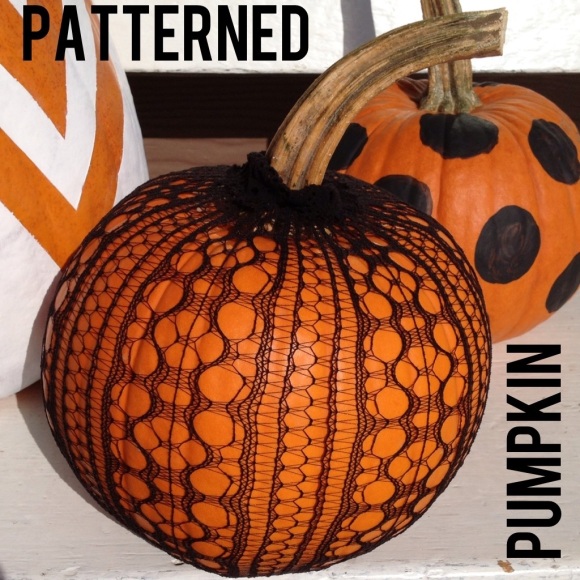 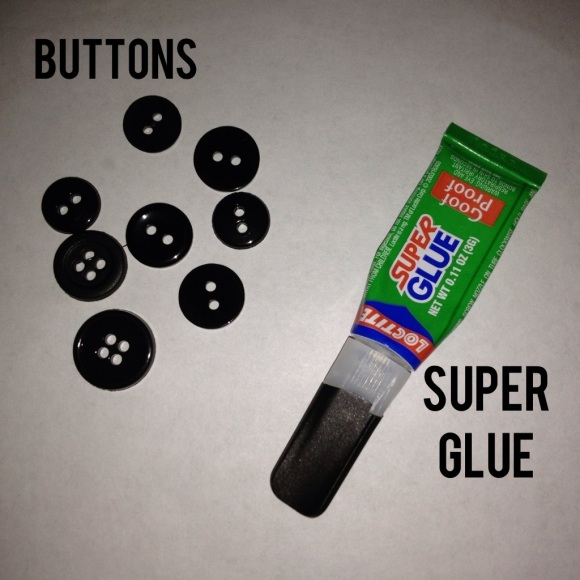 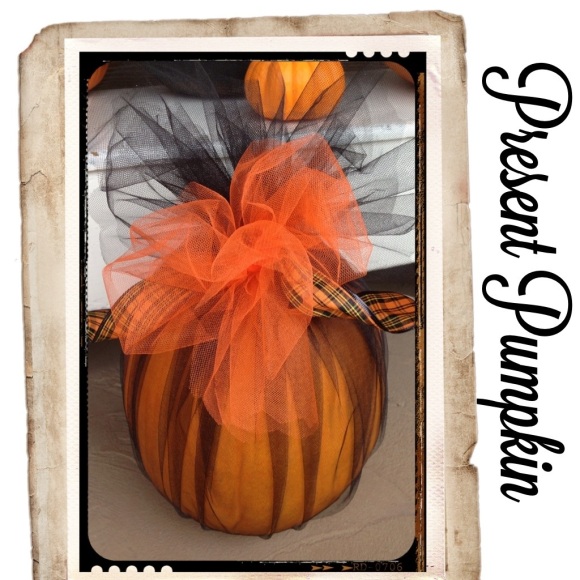 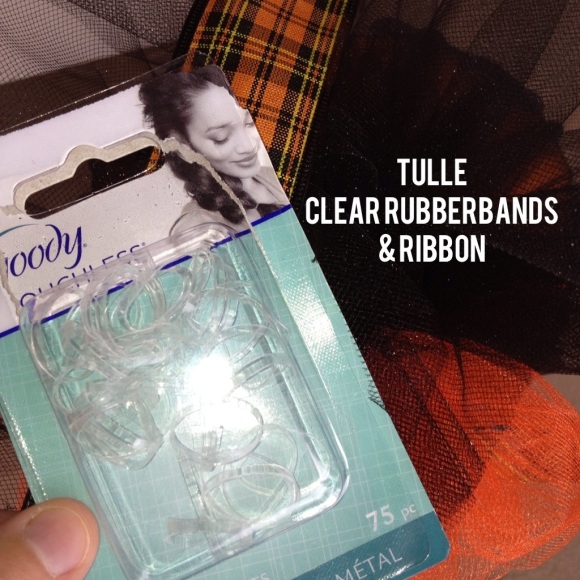 The Honey Do Pumpkin:) 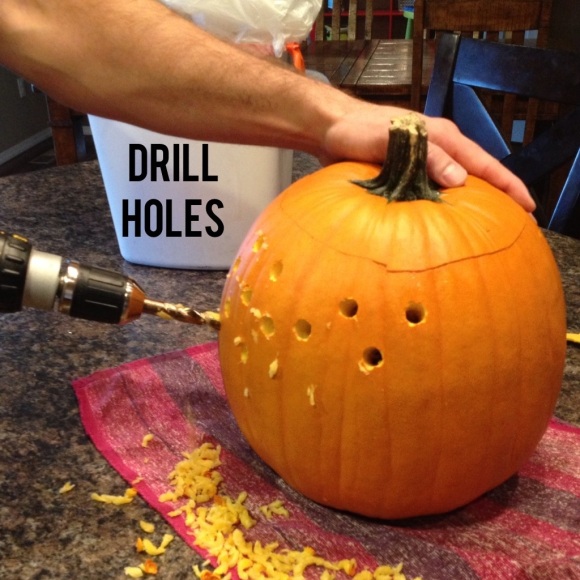 Soaking carved and/or cut pumpkins in bleach water eliminates bacteria on the raw surfaces, slowing down the process of molding and deterioration. Pumpkins last longer!

The Chalkboard Pumpkin: (love this one for the littles) 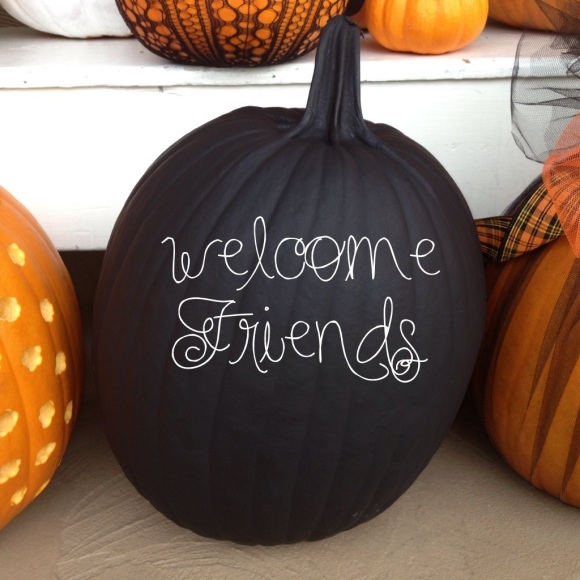 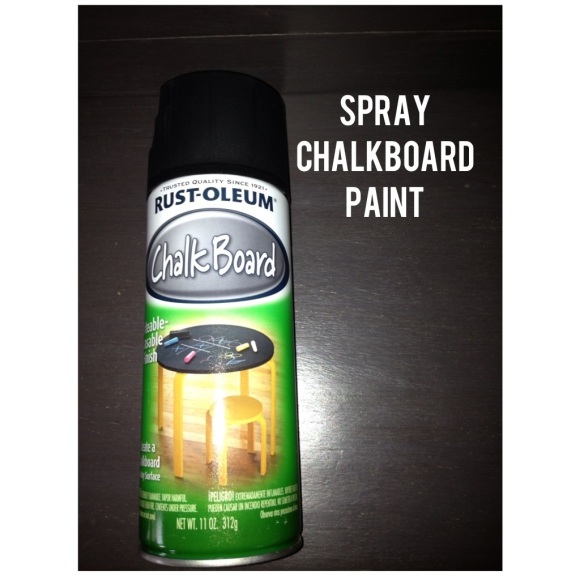 The Tea Light Pumpkin: Attendees took home a mini pumpkin and tea light in a goody bag, so that they could make this one at home!

I finished here and inserted a funny, “I don’t know about you, but I don’t care how many hours I spend on Pinterest…….pretty sure that I would not be able to pull off this handpainted pumpkin myself!” Seriously though! And we gave these handpainted pumpkins by the artist Ivy Breen to a random person in the audience. I forgot to mention that Ivy Breen is my mother! I just called her a local artist…….which she totally is, and it just sounds more fabulous that way too!

Guess what guys! I think I did alright. I mean I totally dropped the clip on microphone system, and an audience member had to lend assistance. I also had a nervous sweat circle on the back of my tshirt…….but it’s fall, so it was totally covered by my cardigan;). And I don’t remember a minute of the presentation so I’m guessing I raced through it! But I survived;). And then I had a blast listening to the other presenters, and visiting with friends. Thank you to Robin Henderson for inviting me to sit at your over the top circus themed table. Your creativity is too much! Thanks to Ashley and Kellsi for coming, it really helped to know you were there too;). And I leave you with a few pictures from the fabulous Deborah’s DIY photo booth.

We are finding ourselves faced with a lot of questions lately;). We know that people are naturally curious…..and we are so grateful for the people who ask questions rather than passing judgement. I never dreamed that people would have such big opinions about our decision to adopt. But they do. We have been overwhelmingly showered with support and encouragement. However, we have lost a few friendships, and received hurtful feedback or silence from a few family members. We want to be sure that we are prepared to answer the tough questions. We are hoping for grace when responding. We know that very soon, our son will be watching, so it’s important for us to wade through these things with care;).

Lately we have been asked, “Why have you chosen to adopt from Ethiopia and not domestically? “

It was actually a really easy decision. I have felt called to adopt for some time, and we have never felt so driven by something beyond to do something. This is what we are supposed to do. No doubt, it just is. I can’t use reason to describe, but it’s a faith and direction that has been working in us. So without going totally deep into dreams, and spiritual experiences that have led to Ethiopia;). I can tell you facts that make “sense” to most. And a little disclaimer… I don’t think that one choice is better than the other (domestic vs. international adoption). Each family has to look at the complexities of each and decide which is better for their situation. In the U.S. it is considered best practice for adoptions to remain open to some degree…meaning birth parents are still a part of the child’s life. This is wonderful for the outcome of the child. But can create struggle for adoptive parents….particularly with the rate of birth families changing their minds before the adoption is finalized.

My heart is for orphan care, not exclusively adoption. In the US we have elaborate and experienced social services in place to care for orphans. The reality for an orphan in the US is foster care, adoption, and a handful of services for support and care. Yes there are still orphans, but there are not nearly the numbers as in third world countries. There are 115,000 children in the US who are orphans ready for adoption. In Ethiopia there are 4.5 million. If you are an orphan in Ethiopia, you are fortunate to live in an overcrowded orphanage. The mortality rate for an Ethiopian orphaned child is high. There isn’t health care, education is a luxury, and malnutrition is rampant. Its heartbreaking and the answer is not exclusively adoption. But we can be the hope for one little guy. We feel so blessed to have the opportunity.
The more we learn, we just want their to be a bigger answer for this struggling part of the world. When we jump this hurdle we would like to help in other ways. There are so many ways to help….I will be featuring some ways here on the blog (Orphan Sunday in November;). Yes it was a big decision, but a ridiculously easy one for us;). Thanks for asking, and/or taking the time to read this! We greatly appreciated opportunities to explain it, or clear up questions that people have;).

It is fall in the beautiful Northwest! Today we soaked it in at the Harvest Fair at Wilson Banner Ranch. 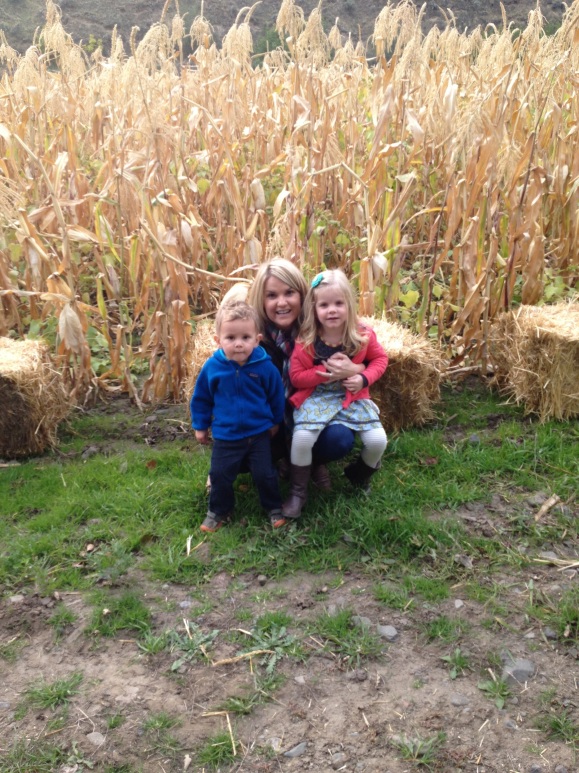 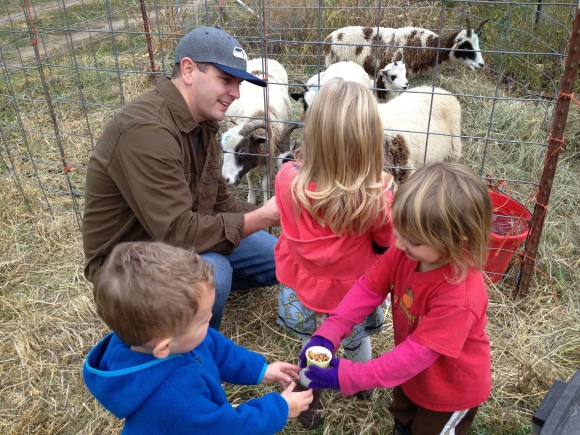 This sweet little girl was 4. She was amazingly smart and generous…..selling sweet mix to feed her sheep. She was so funny and knew so much about her animals;). The kids loved it! 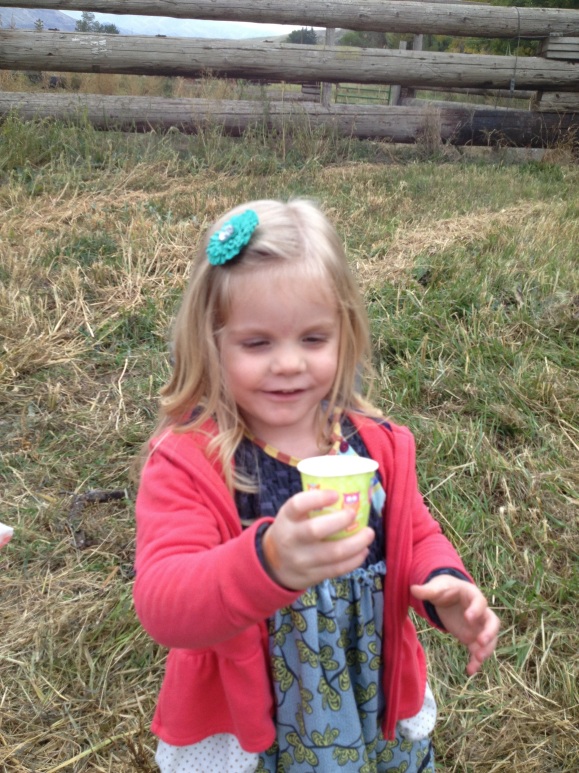 These two enjoyed the hay ride, smiles full of joy! 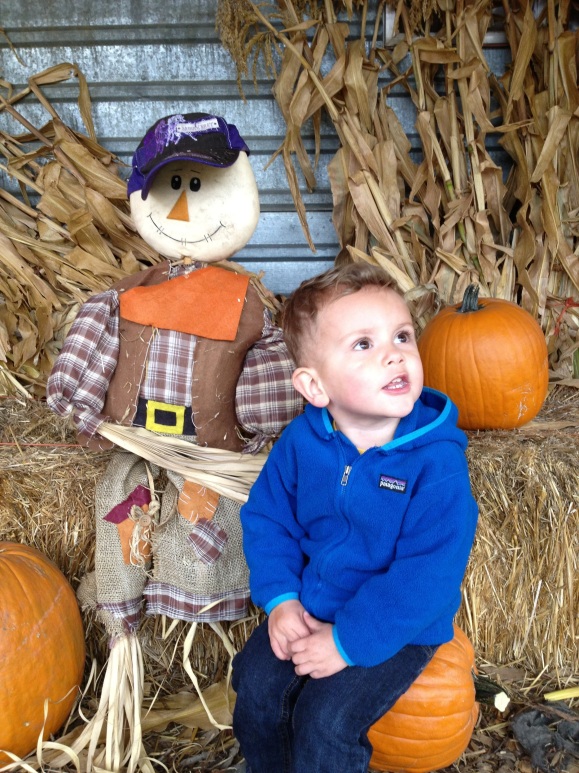 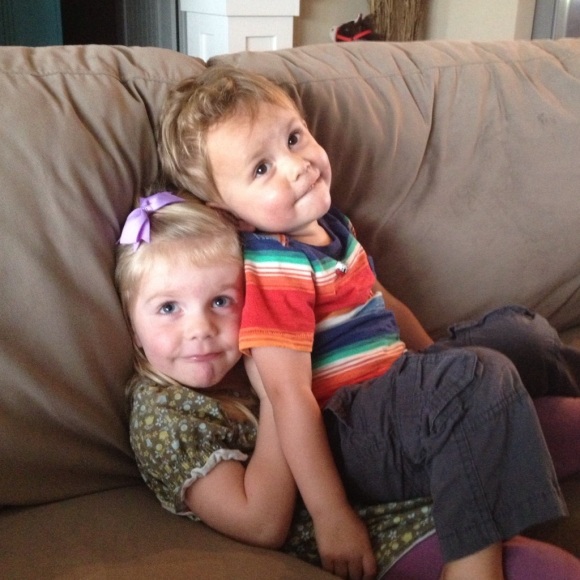 Sibling love on a happy Sunday! 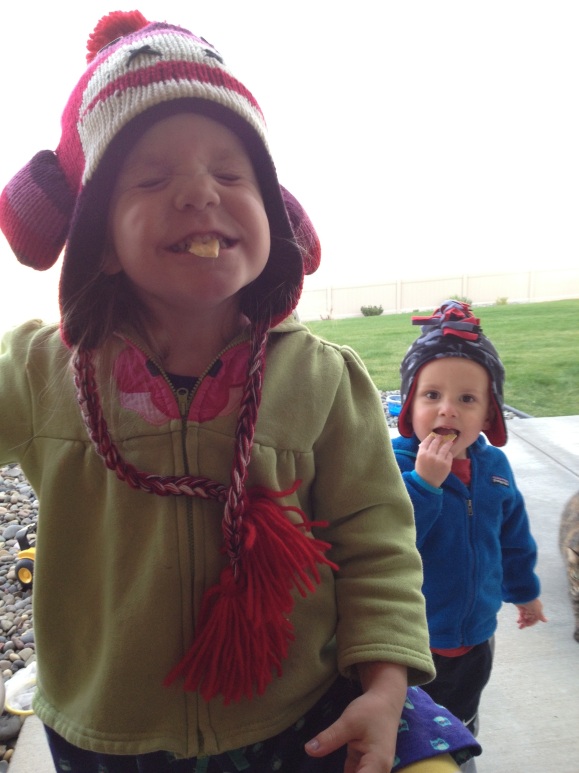 Busting out the silly hats for cozy fall weather!